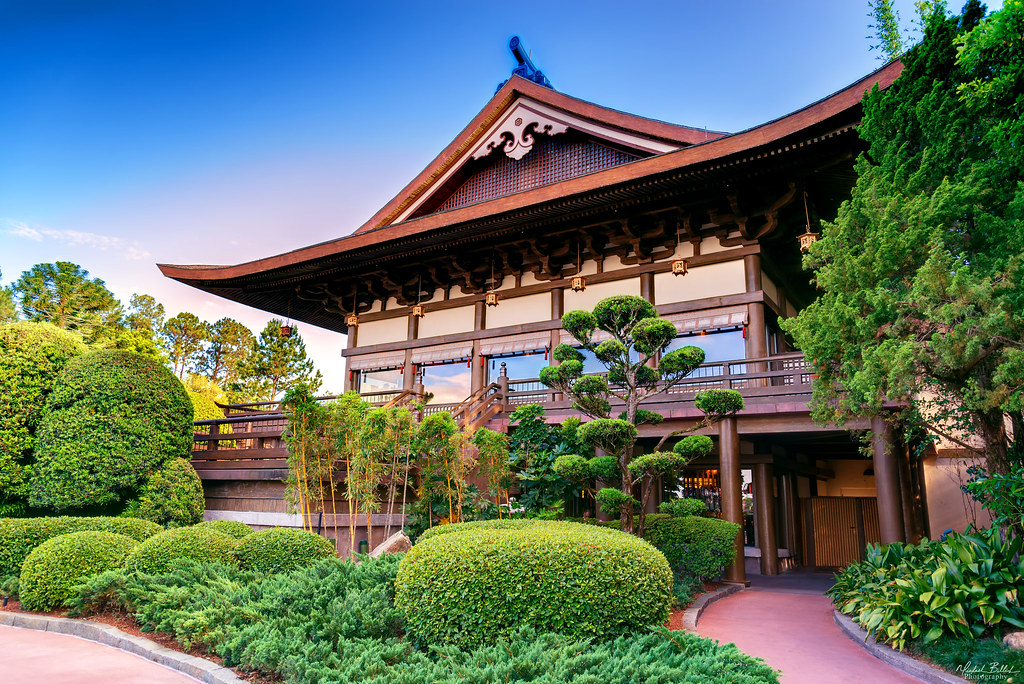 Although of course known for his masterful handling of concrete, Tadao Ando has experimented with wood in several interesting buildings that point toward a fundamental aspect of his work: his close attachment to the land and history of Japan. The first of these was built in Seville on the occasion of Expo ’92. The Japanese Pavilion (Seville, Spain, 1990-92) had the distinction of being the largest wooden building in the world, with a main façade 60 meters long, a depth of 40 meters and a maximum height of 25 meters.

Aside from being made essentially of wood, which has long been the preferred building material of Japan, the pavilion also included traditional forms such as the drum-shaped entrance bridge (taikobashi). Enormous glue-laminated wooden columns were assembled in Japan and shipped to the site. Just as it recalled Japanese temple architecture in a form distilled by Ando’s design process, so the pavilion incorporated such specifically modern features as a translucent teflon roof. This unusual mixture of tradition and modernity, but also of Japanese and Western cultures and histories, begins to reveal the breadth of Ando’s ambition.

A number of the ideas developed by Tadao Ando in Seville have found a more definitive form in one of his most inspiring works, the Museum of Wood (Mikata-gun, Hyogo, Japan, 1993-94).

Because of its location, its theme and its design, the Museum of Wood highlights the ties of Tadao And to the land and to the history of Japan, without any trace of the type of superficial historicism that was typical of Postmodern architecture. Also evident in the Museum of Wood, as in many other Ando buildings, is a profound sense of the spirituality that the built form can attain. Spirituality is even more present in one of Tada Ando’s significant wooden buildings, a Buddhist temple located on the island of Shikoku (Komyo-ji Temple, Saijo, Ehime, Japan, 1999-2000; page 160).

Using the type of laminated wood beams and columns first employed in Seville, Ando’s design, consisting of three layers of interlocking beams supported by 16 columns in four groups, represents, as he says, a return to the founding principles of wooden temple structures. The play of light in the open wood latticework makes the interior of the temple a living place of worship. Unlike the Japanese Pavilion in Seville or the Museum of Wood, Komyo-ji Temple is flanked by a concrete structure housing temple facilities, and in particular the apartment of the priest and a space for family crypts. The outward-leaning concrete walls describe a gesture of openness to the sky that is particularly evocative in this context. The large-scale plastic curtains designed by the architect for the hall adjoining the crypt area are entirely consistent with his use of concrete as a noble material. Plastic too, known mostly in its ephemeral variants, takes on a subtlety and a dignity in Ando’s hands that makes it fully appropriate to the function of mourning and worship at Komyo-ji. Komyo-ji is also interesting because of Ando’s use of specific local conditions. The town where the temple is located, Saijo, is one of the only places in Japan to have running spring water all year long. In fact, the city does not have a traditional water supply system since the ground water is so abundant.

Tada Ando seized upon this presence to surround Komyo-ji with a shallow spring-fed pond. Unusual in temple architecture, this pond nonetheless echoes the architect’s frequent use of water in other buildings. Originally conceived in a strict rectilinear mode (a square), the executed design of the pond has a curved inset corresponding to a 250-year-old bell tower maintained near its original location at Ando’s suggestion.

Whereas the priest and congregation did not have any objection to the full demolition of the old temple, the architect found it important to keep some trace of the past near his own vision of modern spirituality. Curiously, the old gateway to the temple now leads only to a parking lot next to Ando’s new structure. While Ando built the new Komyo-ji Temple, the old one continued to function on the adjacent site. It was torn down with the exception of the small bell tower and the entrance gate, leaving room for the parking lot.