JAPAN PAST AND PRESENT

JAPAN PAST AND PRESENT 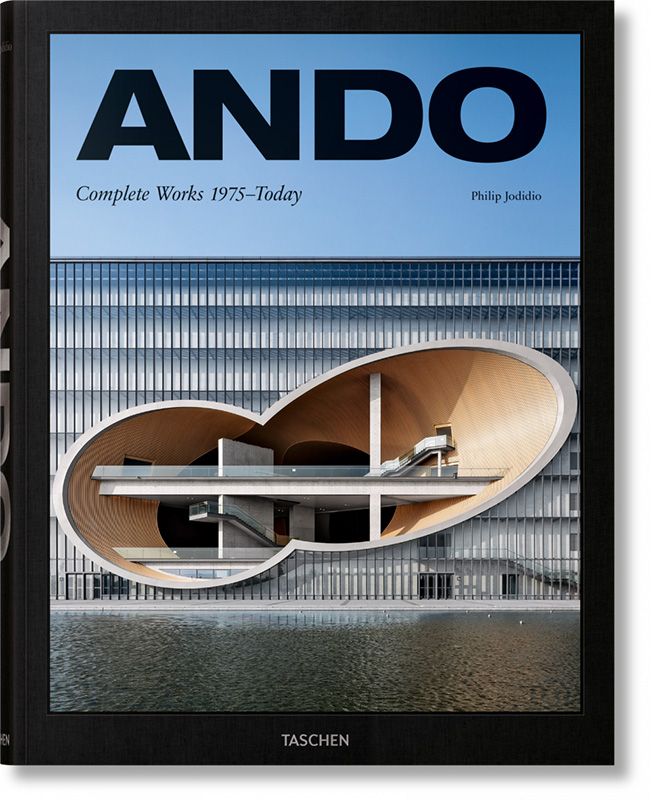 “Wherever you build, there is an existing landscape… Bringing the uniqueness out of the landscape is what i try to do.” – Tadao Ando

The presence of most of the buildings of Tadao Ando owes something to the very thickness of their concrete walls. In the case of the Church of the Light, the shell of the building is no less than 380 millimeters thick, whereas the Church on the Water in Hokkaido (Japan, design: 09/1985-04/1988; construction: 04/1988-09/1988) has a triple skin with a 250-millimeter-thick outer layer of concrete, 50 millimeters of insulation, and a 600-millimeter-thick inner wall of concrete.

As Philip Drew writes: “Ando conceived his buildings almost as Land Art, buried places that struggle to emerge from the earth, which by their struggle dramatize the encounter between architecture and nature. ” Although this tendency to view buildings as a form of Land Art is even more strongly expressed in projects such as the Benesse House, Ando’s Chikatsu-Asuka Historical Museum (Minamikawachi, Osaka, Japan, 1991-94; page 178) provides strong evidence of his attachment not only to the land, but also to the ancient history of Japan.

Situated near the town of Kishi in the Prefecture of Osaka, this unusual structure is built amid some of the best-known burial mounds (kofun) in Japan, including four imperial tombs. Foreigners generally trace the origins of Japanese civilization to China or Korea, and they may not be aware of very ancient cultures such as the Neolithic Jomon, named after its characteristic “cord pattern” earthenware, some of which dates back more than 10 000 years, making it the oldest known pottery in the world.

It was in the 3rd century A. D. that the so-called Yayoi people began to erect large mounds over the tombs of their leaders in the region of Kinki, near the modern cities of Kyoto and Osaka. The largest of these is that of Emperor Nintoku, who is said to have ruled between 313 and 399. Laid out in a characteristic keyhole pattern, this funerary site, one of the larg- est of the ancient world, is almost 500 meters long, covering an area of 32 hectares and reaching a height of 35 meters. Because the Imperial Household Ministry rules out any archeological digs on this site, the tomb of Nintoku remains a mystery proportionate to its great size. 8 The Chikatsu-Asuka Historical Museum is located in a lush green natural setting around a bend in the road leading from the small town of Kishi.

Ando’s own description of the building gives a clear idea of its appearance. “To produce a museum integrated with the burial mounds, it was conceived as a stepped hill lifted tectonically from the natural terrain, from where the visitor could view the entire burial mound group. Nearby, plum trees, a pond, and paths among the surrounding hills envelop the museum in an environment conducive to outdoor activity and allow it to function as a regional hub. Its roof, which is really a large stepped plaza, will be used for drama and music festivals as well as lectures and other performances. Inside the building, the display areas are dark and the objects are exhibited as they were found in the tombs. Visitors experience the sensation of entering an actual tomb and feel drawn, in mood, back to ancient times.”

A main feature of the museum is the concrete tower whose windowless presence dominates the stepped structure. Once the visitor has entered the museum, he looks up into the void inside the tower, expecting to find a source of light. Instead, he stares into black space. When asked how he conceived the idea of this central tower, with its undeniably sculptural presence, especially when viewed from the outside, Ando says emphatically: “My first thought in the case of the tower of the Chikatsu-Asuka Museum was to create the interior feeling of a tomb. The exterior form evolved from that desire. I wanted the interior space of the museum to be even darker than it is, but, for security reasons, it was necessary to maintain a certain level of light. “

In Ando’s affirmation that he wished to make the Chikatsu-Asuka Historical Museum’s interior even darker there is a reminiscence of his comments on the Church of the Light, which he might well have built without the glass in the cruciform opening. There is in this gesture a rigor or rather an intention to push an idea to its limits that is characteristic of Ando’s work. In this museum dedicated to the tomb culture of Japan, it was logical to relate the design to that of its historic environment, but again, Tadao Ando’s distillation of the concept led him to create a thoroughly modern building that is also deeply rooted in the very earth of Japan.

These connections are emphasized in the main structure, but also in the immediate environment, which has also been designed by the architect. A waterfall runs close to the entrance of the museum, which is reached by walking along a curved path, delineated by a concrete wall. The use of water, here as in many other projects, such as those in Himeji, does have a particular significance for the architect. As he says: “For the Japanese, water is not only felt in terms of its physical presence but in spiritual terms. There is an expression, for example, that says we can forget the past by throwing it into the water. The use of water in my architecture is therefore an attempt to bring to bear a spiritual dimension that is directly related to Japanese thought and tradition. “

The visitor can enter the museum, or choose to walk through its grounds, where there are various points of view on the structure itself and on the nearby burial sites. A concrete “folly” in the garden frames a perfect view of the museum, blending nature, history, and the earth itself to form a coherent, modern whole.

The water bubbles up from the earth in the pond that lies around Komyo-ji Temple, the building sitting lightly on this shimmering base. The spring water source of memory rises from below the earth to delight and feed the spirit of the visitor. It is from these deep sources that Ando builds upward.