HOMES FOR THE SPIRIT

HOMES FOR THE SPIRIT 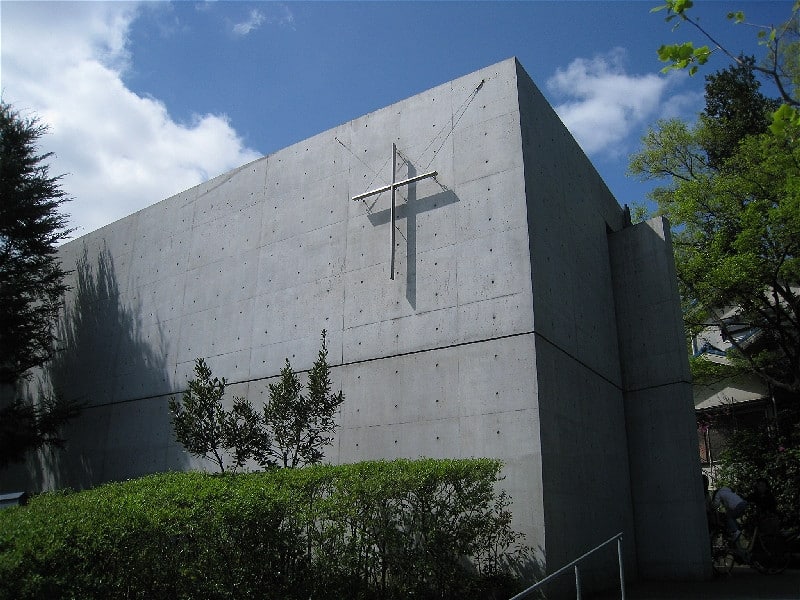 When asked if he is religious, Tadao Ando replies: “I feel that the goal of most religions is similar, to make men happier and more at ease with themselves. I see no contradiction in my designing Christian churches. “Indeed, Ando has built a number of Christian chapels and other houses of worship and contemplation. In his architecture in general, there is a processional quality that is related to the design of Japanese temples. “I do not make direct visual reference to temples in my work,” says Ando, “but it is true that I have visited a very large number of such buildings, and unconsciously the idea of an indirect access recurs frequently in my work. Traditional Japanese architecture is almost never symmetrical and this too undoubtedly enters into my subconscious.” It is in his places of contemplation that these facts appear most clearly, highlighting the qualities that place Tadao Ando in a category apart, making him one of the great architects of our time. One of Tadao Ando’s most remarkable buildings is also one of his simplest. The Church of the Light (Ibaraki, Osaka, Japan, 1988-89; page 138) is located in a residential suburb 40 kilometers to the northeast of the center of Osaka.

It consists of a rectangular concrete box crossed at a 15-degree angle by a freestanding wall. The bisecting wall obliges the visitor to turn to enter the chapel. As ever with Ando, entering a building requires an act of will and an awareness of the architecture. Within, the rough-textured floors and pews are made from dark-stained scaffolding planks emphasizing the starkness of the design. In an unusual configuration, the floor descends in stages toward the altar, which is next to the rear wall, whose horizontal and vertical openings form a cross, flooding the space with light. Built for the Ibaraki Kasugaoka Church, a member of the United Church of Christ in Japan, at the behest of Reverend Noboru Karukome, the church has à total floor area of only 113 square meters, but an undeniable strength. For Reverend Karukome, this place brings to mind the words of Christ: “Where two or three come together in my name, I am there with them.”

It was discovered in the course of construction that there was not enough in the budget for a roof. Ando told the building company that he would consider the church to be finished as it was, open to the sky, leading the company to donate the needed covering. So, too, he proposed that there be no glass in the cruciform opening, allowing wind to blow through the chapel just as light entered. Rejected because of winter cold, this idea, too, is symbolic of Ando’s consistent emphasis on closing out the urban environment while admitting manifestations of nature. It should be noted that the opening in the wall of the Church of the Light assumes a shape that is not quite that of the traditional Christian cross. The horizontal bar is lower than it might be, just above center. This subtle difference is important. To each his own giver of light. The goal of religions is similar, as the architect says, and his is a spirituality, expressed in built form, which goes beyond specific identification. Again showing his commitment to the sites where he has already built, Tadao Ando designed a Sunday School for the Church of the Light beginning in 1997 (Ibaraki, Osaka, Japan, 1998-99; page 146).

Seizing on the themes of the earlier, adjacent church, Ando worked through the Sunday School much as a composer would conceive of a musical variation. An angled wall again passes at an oblique angle through the back of the building, but here differences also abound, with a mezza- nine, and site-specific wooden furniture added to the equation. Most impressive perhaps is the way the architect has related the new structure to the old through the use of a contiguous entrance canopy. It is as though the Sunday School had always been part of the plan, though it is in fact a recent addition. It can be said, however, that in a very subtle way the Sunday School does differ from the earlier structure. When he built the original Church of the Light, Ando was not as well known, and his client obviously did not dispose of a very substantial budget. Ten years later, the Sunday School does indeed fit with its famous neighbor, but it is in ways that are difficult to describe, more sophisticated, less a product of architectural urgency than the church. Though plywood is used in the Sunday School, this is not the rough planks that served for the cast-in-place concrete of the church, nor could there have been any question that the school would be built without a roof.

Awaji is the largest island of the Inland Sea, set 600 kilometers to the southwest of Tokyo opposite Kobe in the Bay of Osaka. Here, on a hill above a small port, Tadao Ando built his Water Temple (Awaji, Hyogo, Japan, 1990-91; page 262). Called Hompuku-ji, this is a subordinate temple of Kyoto’s Ninna-ji, founded in 888 as the seat of Japan’s Shingon sect of Buddhism. Following a small footpath, the visitor first sees a long concrete wall, three meters high, with a single opening. Through this door one does not find an entrance, but rather another wall, blank but curved this time, bordered by a white gravel path. Having walked past this new screen of concrete, the visitor discovers an oval lotus pond, 40 meters long and 30 meters wide. In the center of the pond, a stairway descends to the real entrance of the temple. Below the lotus pond, within a circle 18 meters in diameter, the architect has inscribed a 17.4-meter square. Here, within a grid of red wood, a statue of Buddha turns its back to the west, where the only opening admits the glow of the setting sun. In this place at sunset, the words of Ando can be more clearly understood: “Architecture,” he says, “has forgotten that space can be a source of inspiration.” Tada Ando’s interest in small but extraordinary projects led to outstanding buildings, such as the single-family Meditation Space built by Ando in the grounds of UNESCO in Paris (France, 1995; page 152).

This small structure, with a floor area of only 33 square meters, is located on a 350-square-meter site squeezed between Marcel Breuer’ UNESCO Headquarters (1953-58) and the adjacent Conference Hall designed by Pier Luigi Nervi. Significantly, it is also next to the Japanese garden created by Isamu Noguchi (1956-58) with 88 tons of stone brought from Shikoku. Finally, on a wall near the entrance ramp of the Meditation Space, hangs the Angel of Nagasaki, a small sculpture that was part of the Urakami Church in that city when the bomb exploded on August 9, 1945. Ando used granite irradiated by the Hiroshima atomic bomb here for the basin and for the interior paving. Inside the 6.5-meter-high concrete cylinder, which has two openings but no doors, light enters through a narrow strip skylight running around the perimeter and falls on the concrete wall. Once again, Tadao Ando has created a space that gives a strong sense of spirituality, this time in a very difficult site. The gently running water below the approach ramps imparts a feeling of calm that is confirmed by the powerful simplicity of the structure itself.

More post about architectures’ Tadao Ando: The Simplicity of Perfection